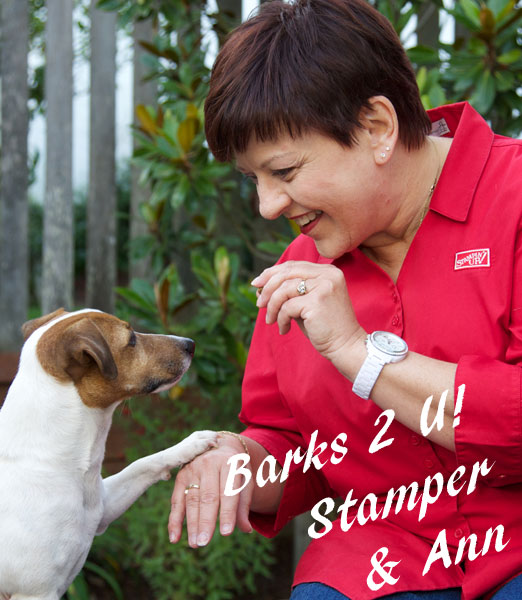 Being a Stampin’ Up! demonstrator is so rewarding. I get to stretch myself a little every day & offer fresh ideas & encouragement to help your creative juices flow.

This is more than just stamps and ink—it’s about sharing a part of yourself with the people you care about.  When we stamp together, there’s a part of all of us in our projects.

Stampin’ with friends is more fun than stampin’ alone so let’s stamp together soon!

To see where we're going, visit my dog's blog www.stamperdog.com  To see professional accomplishments, read on...
I'm always a bit reticent to list accomplishments because what I do is more about my relationship with you than it is about me personally.  Here's the short story: Now that's done, let's get back to stamping!
CONTACT ME

To inquire about products, services, or to simply ask a question, please use the form below to contact me.